The natural products industry — once just a hippie offshoot of Big Food — has grown into a $300 billion colossus, and one of the bellwethers of the recent shift toward more enlightened business attitudes.  It is today a bubbling cauldron of entrepreneurship, sustainability, and triple-bottom-line orientation. The MBArk program gives a select group of MBA students from around the country the opportunity to attend these trade shows (courtesy of New Hope , the show organizers); to meet with CEOs, industry leaders, and MBA alumni already blazing trails in the industry; and to network with dozens of the top natural foods companies in an effort to explore prospective career opportunities.  It is a truly unique opportunity for MBA students seeking summer internships or permanent positions to delve inside one of the fastest growing, most successful and most progressive industries on the planet — all during one weekend, and under one roof. 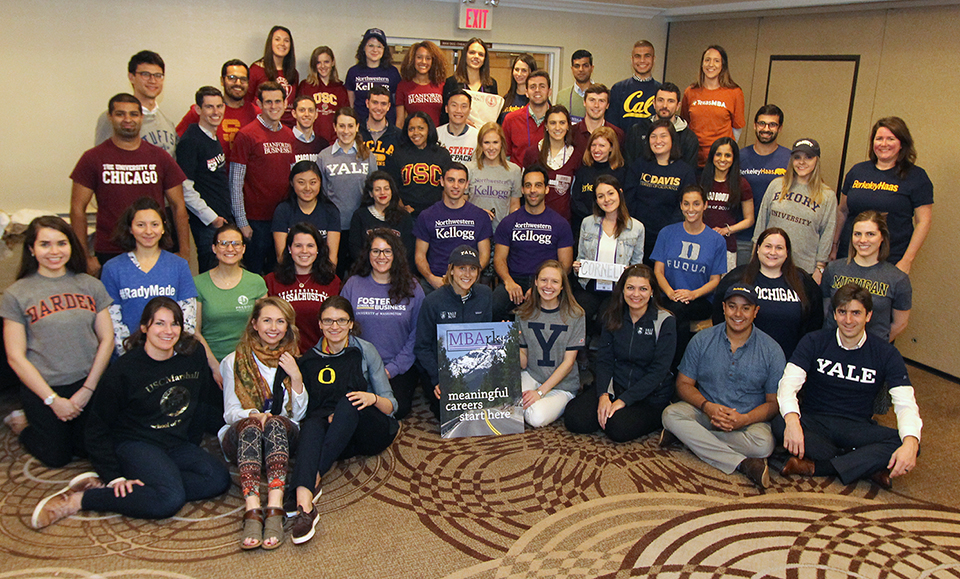 Among the CEOs and industry leaders who have met with MBArk participants are:

The next event is scheduled to be the core MBArk program at Expo West in Anaheim, March 9-11. The application process is competitive and will open in the late fall of 2022.

NOTE: Participants in the program are responsible for their own transportation to and from the shows, and all meals and incidental costs. Discounted reserved lodging may be available through the program. Admission to Expo, normally $995 for each guest, is waived entirely.